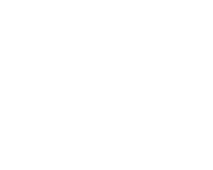 Eric is an insightful mentor and a powerful presenter.

Whether working with him one-on-one or in his audience, you feel touched and compelled to action.

Born into an apartheid-era South Africa, Eric immigrated with his family to Canada. Though many years later, today Eric maintains his links to his cultural heritage and still feels as much African as he does Canadian.

While living in Canada, Eric’s childhood quickly became what could only be described as a rollercoaster ride of experience; including a period of homelessness in Northern Canada at the vulnerable age of 15. Despite having faced such harsh challenges as a child, Eric found himself using these roadblocks as the fueling inspiration he needed to get back on his feet, complete school, and ultimately go on to live a genuinely compelling and fulfilling life.

While Eric has been very entrepreneurial as a child–selling lemonade in front of his house, shovelling snow and raking leaves for money–he got his first professional job in 1991 when he became the first full-time employee of Ryzex, a tech startup in Vancouver, Canada. Eric worked very closely with the founder and helped the company grow to become a multi-national company with over 150 employees. In 1997 after successfully launching Ryzex’s European operations, Eric decided it was time to strike out on his own and created his own start up.

For much of his childhood, Eric had suffered with a variety of medical conditions requiring years of visits with doctors and specialists and a long list of prescribed medication. In 1991 Eric was inspired, by Tony Robbins, to re-evaluate his relationship with food. Over the following month Eric lost around 14kgs (30 pounds) and all of his ailments and symptoms cleared up. Eric cites this time as the catalyst for his curiosity about nutrition and his dedication to health transformation.

The Internet Archives
In 1994, armed with his first email account, Eric created an online weekly magazine called the Success Express Journal and published personal and business development content and book reviews. He sent the first issue out to 10 friends and within 2 years SEJ had 70,000 subscribers in 70 countries.

In 1997, after the company’s successful European launch, Eric decided it was time to branch out on his own and went on to create his first startup.

And so came The ITR Group, Eric’s first startup. The company was based in the West of England and committed to serving clients all around the world. ITR would grow to become a leading provider of mobile computing and maintenance services to some of Europe’s top retail, wholesale, and logistics companies, including TNT, Ford Motor Company, United Airlines, WH Smith, JD Sports, and Debenhams. True to form, Eric went on to run the company himself for the first seven years before eventually hiring a Managing Director. This allowed him the opportunity to step away from the business confidently, before selling it to private investors in the next two years. 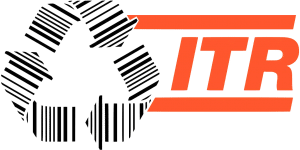 Having achieved a degree of ‘business freedom’ Eric undertook coaching and mentoring sessions with young entrepreneurs through the Prince’s Trust in the United Kingdom. The Trust would grant micro-loans to young entrepreneurs and then assign them an experienced business leader to meet with on a weekly basis for coaching and mentoring. Eric enjoyed this so much that he, years later, founded the Business Freedom Academy and started teaching business internationally.

Eric discovered wildlife photography at the age of 12 when his uncle lent him an SLR camera in the Kruger National Park in South Africa. Eric has since taken on photographic adventures and conservation projects in Tanzania, South Africa, Botswana, Canada, and India.

While touring Indonesia in 2004, Eric heard that there had been a devastating Earthquake in Jogjakarta on the island of Java. He immediately rented a truck and loaded it up with food, water, and medical supplies and drove to Java to do first-hand relief work. 4,500 people had died in the initial quake, and now people were suffering for lack of first aid, food, and water. Eric knew he had to help somehow.

He and his team spent days giving people the medical attention, food, and water they so desperately needed, while doing what they could to help people get back on their feet and rebuild their lives.

This event had a profound impact on Eric and solidified one of the principles that he now lives by today: “Take care of yourself as fully as possible so that you can help those in need when they need it.”

Following the sale of the company, Eric spent two years traveling around the world, writing, exploring, and speaking. During this time, Eric taught entrepreneurship everywhere from England, Australia, New Zealand, Canada, the United States, to Singapore, South Africa, and India.

It was also during this time that Eric created his famous See You at the Top leadership program, where Eric would take clients to Africa for a two-week intensive retreat that included climbing Kilimanjaro, the tallest free-standing mountain in the world. Though the average summit-success rate runs between 30-50% of those who make an attempt, Eric and his team managed a consistent 90% summit-success rate. Eric completed seven Kilimanjaro expeditions before suspending the program. 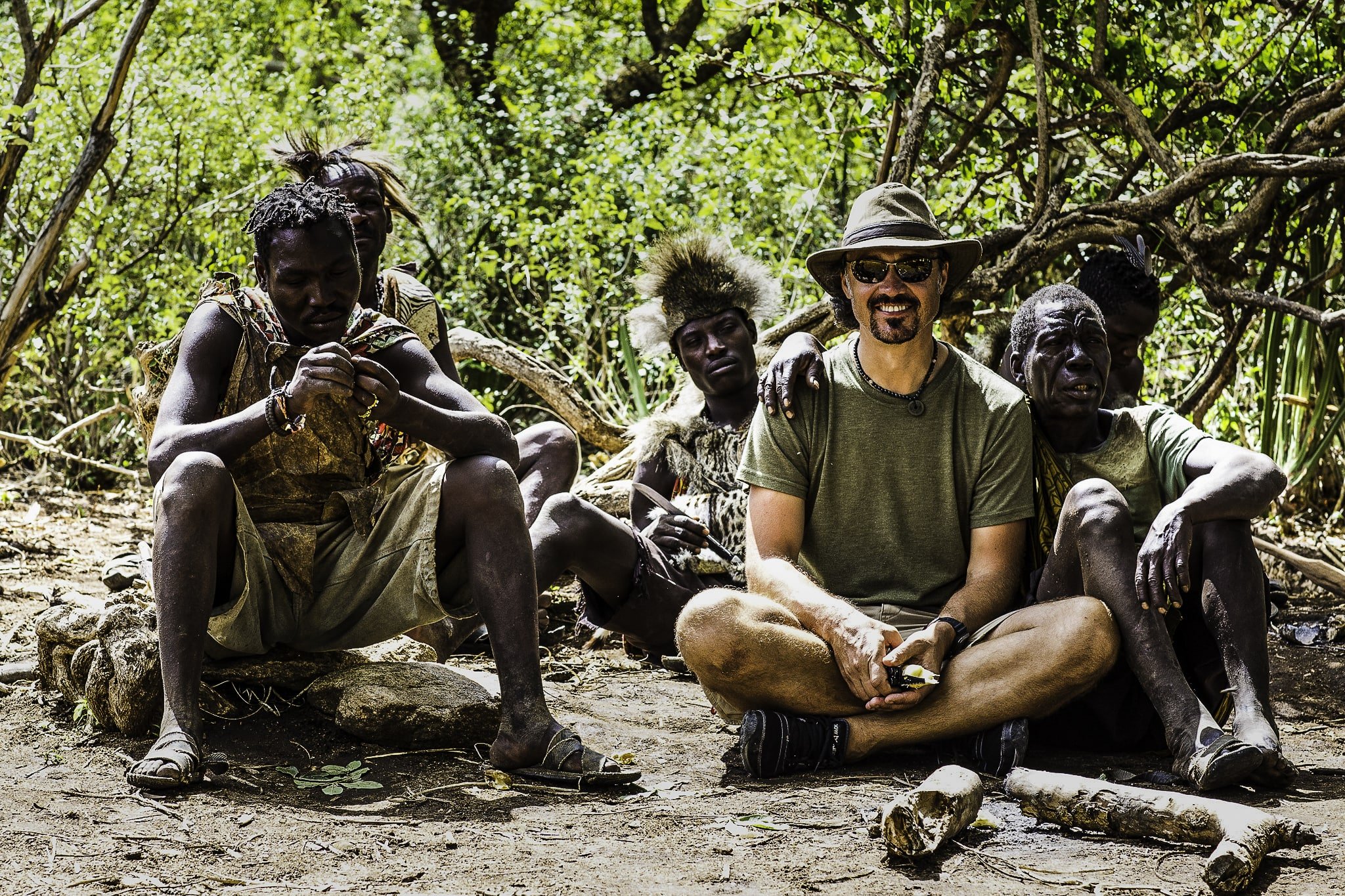 Eric is often referred to as the “Indiana Jones” of the professional speaker world because of his love of the African bush and his extensive visits with various tribes in Africa. In 2007 Eric established a friendship with the Hadza people — one of the last truly hunter/gatherer tribes left on earth and has visited them frequently over the last 10 years. His experiences with the Hadza have been a key component of the research that would lead to the founding of WILDFIT® in 2012.

In 2009 Eric stepped back into the business world when he acquired a controlling interest in Kerner Optical, the original studios of Lucasfilm‘s Industrial Light and Magic. Over the next few years, Eric and his team took on a variety of film projects and started two new companies; Kerner Camera Technologies and Kernerworks.

KCT was a top manufacture of 3D camera systems, some of which were used on the production of a number of commercials and blockbuster films, including Avatar, Transformers III, and Pirates of the Caribbean IV.

Kernerworks was set up as a ‘skunkworks’ company and took on a variety of military and intelligence services-based research and development projects. One of those projects resulted in the development of ultra-realistic and life-saving trauma simulation trainers that would go on to win awards from both the US Army and the US Congress.

During this time, Eric was invited to lecture on business and marketing at Tony Robbins’ Business Mastery program in Fiji. He was initially booked as an emergency fill-in speaker, but Tony enjoyed his style so much that booked him for a year of events which ultimately kicked off Eric’s speaking career.

This prompted Eric to step away from the various Kerner-based businesses he was involved in and turn his attention to high-level coaching and consulting services, as well professional speaking. He has since spoken in over 20 countries and shared the stage with Sir Richard Branson, Jack Canfield, John Gray, Robin Sharma, and President Bill Clinton.

Eric’s flagship WILDFIT® program, WILDFIT90®, is the most effective health transformation program on the market and has consistently been the highest-rated program on the Mindvalley platform for two years in a row now.

After touring with Tony Robbins, and reflecting on his enjoyment of business mentoring through the Prince’s Trust, Eric founded his own business school, Business Freedom™ where he and other faculty teach business, marketing, and entrepreneurship to students all over the world through live intensive programs and digital training programs. 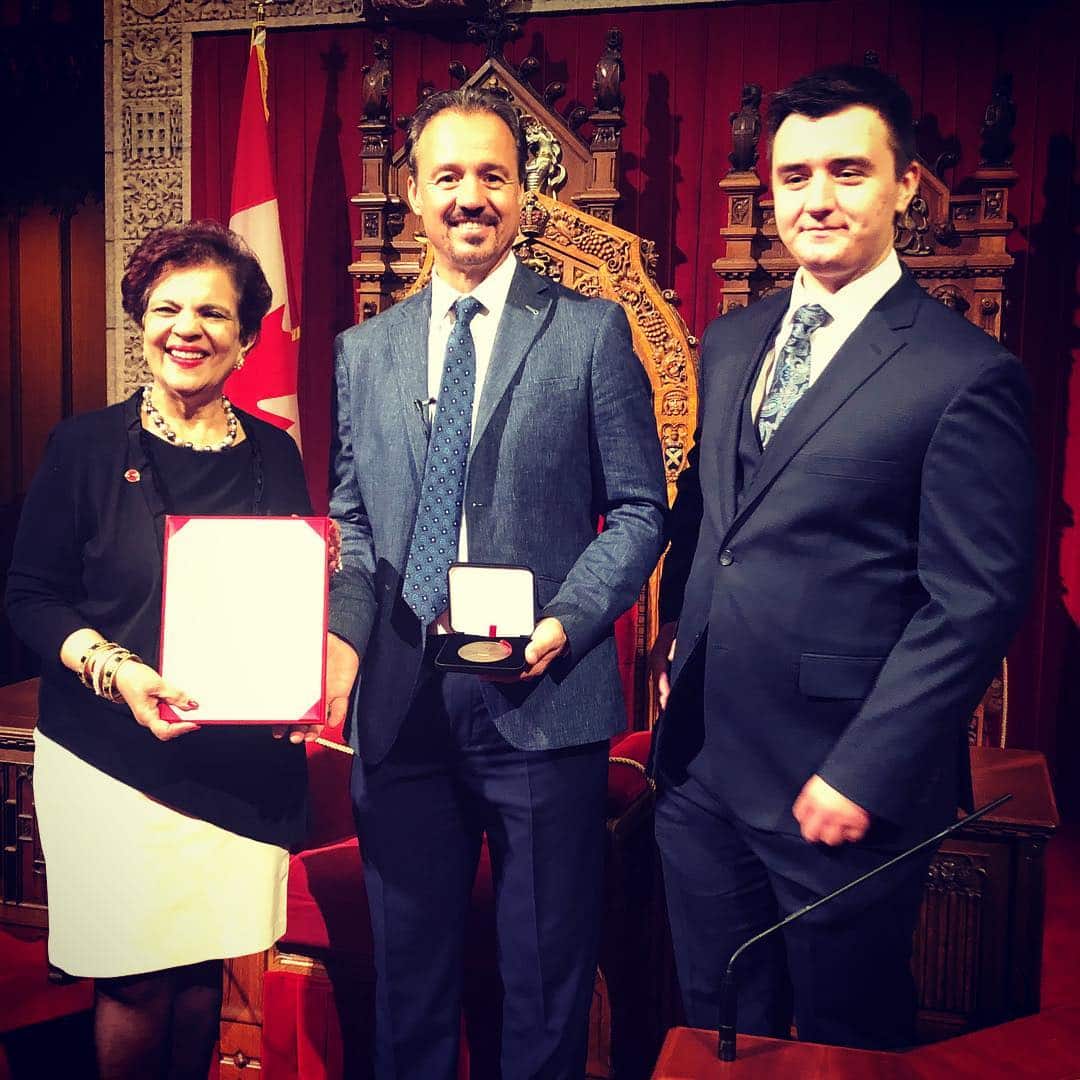 In 2018, the Canadian Senate awarded Eric a medal for his dedication to his mission to improve the quality of people’s lives.

While teaching at BusinessFreedom.com Eric found an increasing curiosity about how he had used public speaking to expand his career opportunities and grow his businesses. He created one of the highest-rated training programs in the world (The Speaking Academy) and, in 2019, launch Speaker Nation™, a professional speaker training company.

Today, Eric is widely recognized as one of the most powerful, engaging, and entertaining speakers in the world, as well as the leading authority on Behavioral Change Dynamics, the art of creating genuinely transformational programs and experiences.

Why We’re
Doing This

We are meant to enjoy our short time on Earth. Life is important. With that in mind, Eric has now dedicated his time to working with entrepreneurs and business owners from all over the globe to both inspire and empower them to achieve their full potential. By focusing on the impact each human being holds, we’re able to create a truly exceptional life for ourselves, our families and our employees. 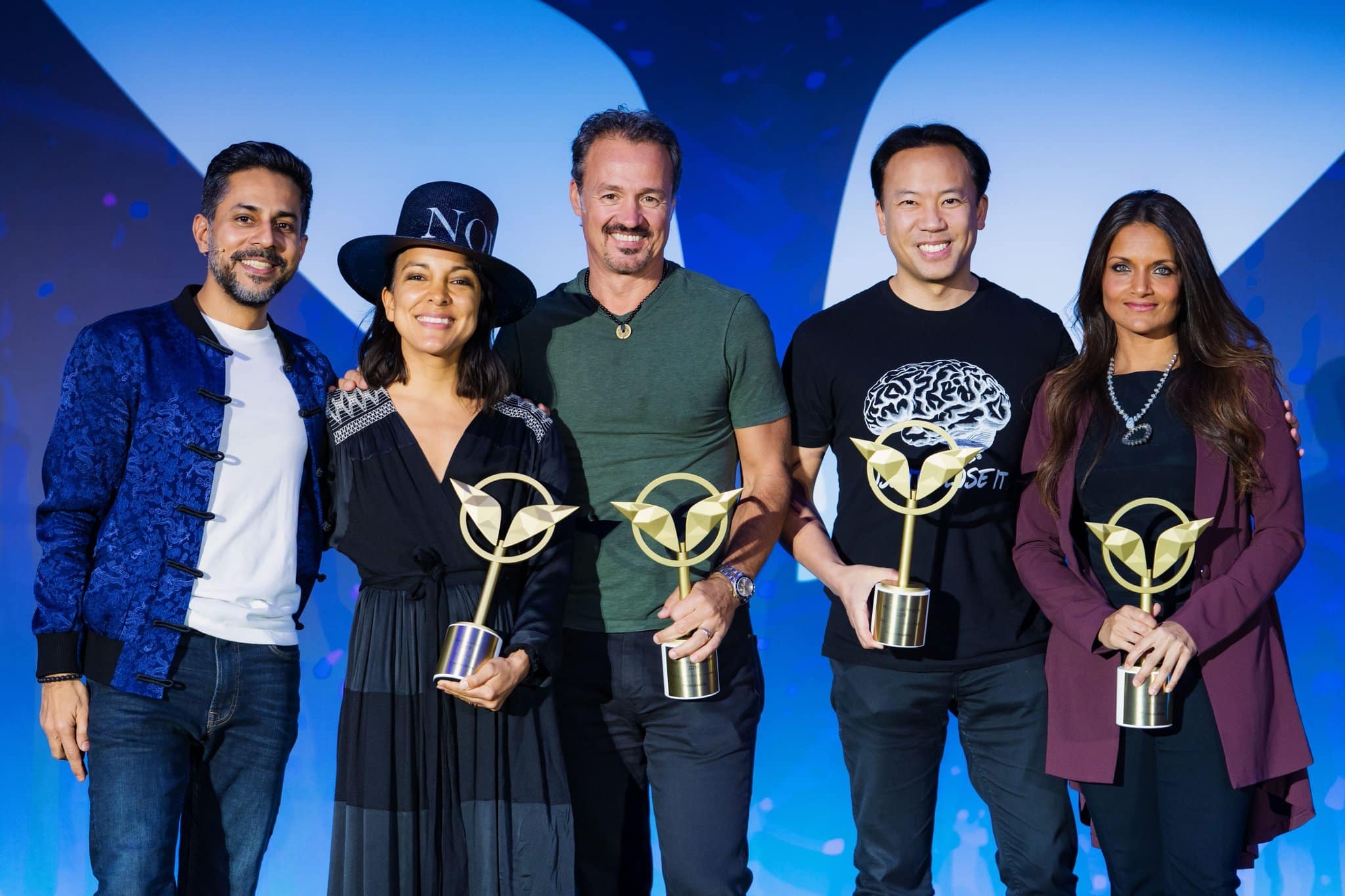 Speaker of the Canadian Senate on the Senate floor

Top 25 Most Influential Leaders in Personal Growth and Achievement

Get access to Eric Edmeades' exclusive video, The Hindsight Window now to change the way you live out the rest of your days.

Always leading with an open heart and an entrepreneurial spirit, Eric Edmeades’ work has led him to become a person of authority in the world of Behaviour Change Dynamics. His dream was to not only help people change their health, but to more importantly change the course of the rest of their lives. For Eric, the vision boiled down to, “Take care of yourself as fully as possible so that you can help those in need when they need it.” 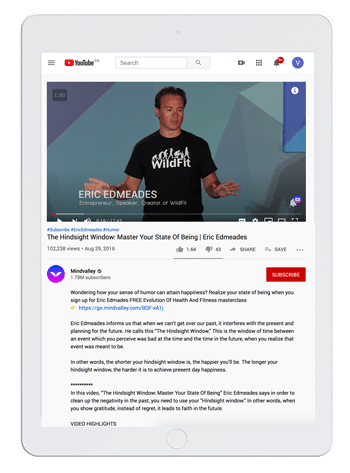 In this FREE video series, Eric Edmeades reveals the often overlooked methods that helped him consistently grow his coaching practices and impact thousands of people.

Enter your details below to discover how you can do the same by turning your clients into lifetime advocates.