WONDERING HOW TO TURN YOUR EXPERTISE INTO A TRANSFORMATIVE ONLINE PRODUCT? 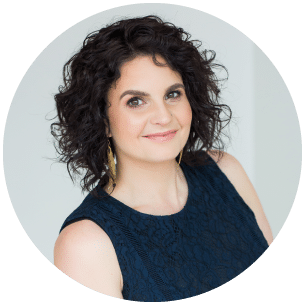 Andrea has been working in the digital marketing, public speaking, and book publishing industry for over a decade.

She has been working together with Eric for over 4 years and, together with her team at Legacy Creative, she has been a driving factor behind the incredible success of brands such as WildFit, Business Freedom, and Speaker Nation.

Andrea specializes in helping high performing visionaries drive their vision to the finish line and she has a track record of successfully helping companies take their products and messaging online.

She’s highly results driven and when it comes down to leveraging your expertise and packaging it in a compelling program that brings results, Andrea is the woman who can help you like few others can. 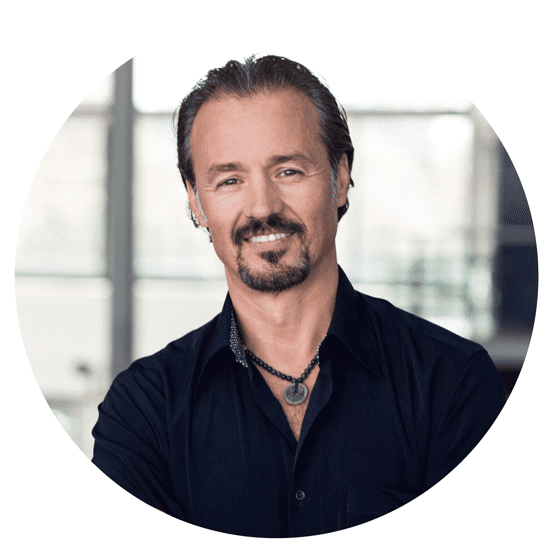 Eric is an internationally recognized keynote speaker, author, and serial entrepreneur. Beyond sharing the stage with thought leaders such as Tony Robbins, Sir Richard Branson and former President Bill Clinton, Eric has devoted himself to creating wildly transformational programs.

Since 2014, Eric and his team have led scores of people from all over the world through his impactful programs. His top performing online course “WILDFIT” has helped transform the lives of over 100,000 people across more than 130 countries and its impact on the world’s population is growing exponentially.

Eric truly is driven by seeing transformations happen in his clients and that has helped him become one of those rare individuals who’s not only the master of his craft, but also a master at teaching it to others.
When it comes to teaching how to create game-changing signature programs, we can confidently say, very few people are more qualified than Eric Edmeades.

What Others Are Saying

“If you have a chance to take any course given by Eric Edmeades, drop everything and do it! You will learn, you will be entertained, you will be transformed. Value must be his middle name, because that is what he delivers.”

Angela Avery
“Take this opportunity! Eric is not only a world class speaker, he also that rare gift of being able to train and share what he is doing, in a highly engaging and energising way.”

Ian Webster
“Eric makes learning fun and engaging, he is a true personality! His teaching/speaking style along with the thousands (!) of stories he tells are memorable. He delivers great content with humour, wit and overall great value for your money!”

Iris Wagner
“Next to delivering everything as promised, and personally truly caring every single participant has gotten exactly that and more, this workshop showed me that Eric (and his team also) are sincere and truthful, trustworthy people with the biggest of heart anyone could wish to come across in life. Trust is the most underrated, often abused necessity in human co-existance and frankly, the world needs a lot more of the Eric Edmeades kind right now.”

Frans Mertens
“Eric and his team provide so many valuable tips and suggestions to help us all achieve success in public speaking. The program is easy to follow and comfortable to go at your own pace!”

Lori Moody
“I like Eric’s energy and his authenticity. Always adding value no matter what stage of the learning process the participants are at.”